Nothing says "true love" like a man willing to get a reverse vasectomy.
Oct 15, 2012
By Rebecca Eckler for 'Today's Parent'

The first time my boyfriend and I had sex, of course we used a condom. After, as we lay there, sweaty and happy, he mentioned he had a vasectomy 10 years ago. When I heard this, my heart broke a little. I wanted to have another baby. Even though I had just met him, and have an amazing eight-year-old daughter, I had second baby cravings, and they were strong. They were so strong that I had started going to a fertility clinic a month before I met him to start the process of using a sperm donor.

About seven weeks into dating, we spent a few nights in a row together. Each morning, I would drag myself out of bed at 6 a.m. — I had to get up so early because it was the week after my period and the clinic needed me to come in every morning to find out exactly when I was ovulating. Strangely, he never asked me where I was going. I assume he thought I was going to the gym. I did, after all, leave in workout clothes. But then, one morning, I confessed.

It's truly impossible to describe the expression on the face of a man you've known for only seven weeks after you've told him you're thinking of getting knocked up via sperm donor, and that you've been going to a fertility clinic so they can chart your ovulation. I can say he didn't run out my front door screaming. He may have looked slightly stunned. I don't think there's an appropriate reaction for any guy hearing this, but I do know he didn't say or do anything inappropriate. He just listened to me and then said he had to go to work. (Later he would tell me that he was shocked and wondered what would happen between us, since we were just dating.) "It's OK if you never want to see me again," I said. I was at a stage in my life where, after many failed relationships, I had become brutally honest about what I wanted. What I wanted was to find a life partner and best friend, but I also really wanted another baby.

The elephant in the room, of course, was The Vasectomy. He left my house that morning quieter than usual. I really didn't expect to hear from him again. But he did call again, and we did continue dating, and we did talk about babies. We clicked. We liked each other. We had fun together. And we were falling in love. At 37, I didn't have a lot of time left on my biological clock — I know the statistics of conception after age 35 and I didn't want a baby in my forties. I wanted a baby in my thirties, and sooner rather than later.

And that's when the negotiations began. The negotiations we had over the timing of having a baby — that is, if he would get a reverse vasectomy. I felt like we were characters in The Good Wife, me on the prosecutor's side, with him on the defense team. He said he would definitely consider having another child (he already has two with his ex) in a year. I told him I didn't want to wait a year, that I'd wait six months for him to make a decision. We were in love at this point. He came back with nine months. I agreed. I stopped going to the fertility clinic or even thinking about it. It was sort of unwritten that we wouldn't talk about it again and simply concentrate on our blossoming relationship.

And we did. I had fallen for this man hard. He had fallen for me even harder. And then something so randomly amazing happened. We went on vacation and he decided to go golfing. He just so happened to be paired up with a doctor who performed reverse vasectomies and they discussed the operation, how many men were doing this for their second wives (including the doctor), and how it was done in a much more modern way than in years past. My boyfriend came back from that 18-hole round of golf a changed man. And by changed, I mean he was ready to do it, before his nine-month rule. (We were only at six!) I know the odds of getting a hole-in-one are extremely low, but what are the odds that he would be paired up that day with a doctor who performed reverse vasectomies, who also had done it himself, and who convinced him that so many others were doing the same?

I made an appointment for him with Ethan Grober, a Toronto doctor and expert in vasectomy reversal, vasectomies and male infertility. As we sat in his office, I was more nervous than my boyfriend was. I worried about how long it would take to get his sperm working again, and if the operation would be a success (a.k.a. get me knocked up!), and he was worried about his private parts and the pain. When we went to book the actual procedure, I was depressed to learn that Grober had a waiting list of more than three months. That would make me three months older and I just kept thinking: "tick-tock, tick-tock." But, he also told us that he had cancellations because a lot of couples get cold feet. They argue or break up before their operations, because the men decide they don't want more children with their second or — who knows? — third wives. And, sure enough, we got into our first fight walking out of the doctor's office.

There had been an earlier opening than the one we booked, but my boyfriend had a business trip. I argued that he should get out of it. He argued that he couldn't. I knew I needed to chill out. What was one more month? And, after all, he was giving me what I had wanted for years: another baby. What says life commitment and "I love you" more than a man getting a reverse vasectomy for you? Certainly not a three-carat diamond engagement ring or a large wedding, as divorce statistics show.

The day of the operation finally came. While I waited, I just prayed that it would work and made a promise to myself to be the nicest, sexiest nurse to my boyfriend who would be in pain and in bed for days. While all my other friend's husbands were getting snipped, there I was waiting for my boyfriend to recover from his reverse vasectomy. I get emotional sometimes when I think about what he did for me. He never thought he'd fall in love again and want another child. But he did, and I did too. Even still, I tear up thinking about how lucky I am to have got a second chance at love and everything I wanted. Of course, I could be hormonal too, because after just three months, before my boyfriend — now my fiance? — even went back to get a checkup, I was happy to announce I was pregnant. 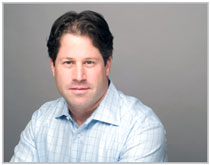